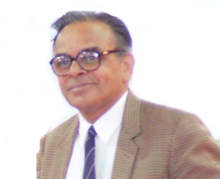 Prof. Dr. M. Vijayan, INSA Albert Einstein Professor at IISc, is an internationally acclaimed structural biologist, and macromolecular crystallographer, working in the area of structure of proteins, structure and carbohydrate specificity of lectins, protein hydration, mycobacterial proteins, chemical evolution and origin of life. He was instrumental in the development of structural biology research in India, thus gloriously perpetuating the legacy of Prof. G. N. Ramachandran. He was awarded Padma Shri and he was the President of the Indian National Science Academy. He was awarded a Master’s degree by University of Allahabad in Physics and a Doctorate in X-ray Crystallography by IISc. He was a post-doctoral fellow in Prof. Dorothy Hodgkin’s research group at University of Oxford, working on the x-ray diffraction studies of insulin crystals.  Under his leadership, a national programme on the structural biology of microbial pathogens was initiated, focusing on mycobacterial proteins, especially in relation to TB.